UM Faculty Member is one of just eight invited speakers for international conference
MAY 28, 2017 BY CHRISTINA STEUBE 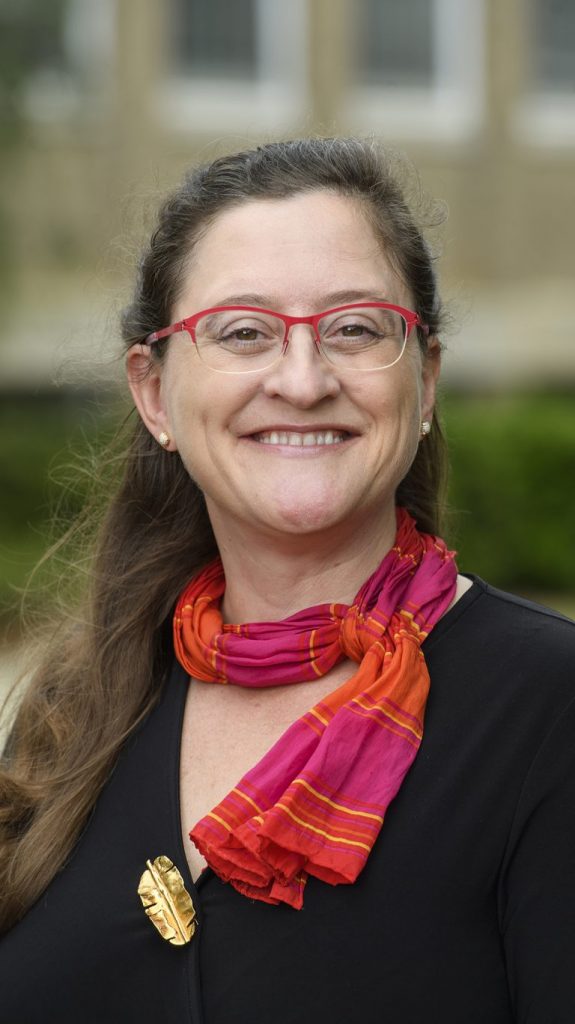 Rebekah Smith, UM chair and professor of psychology, is set to discuss her research at a June conference in Copenhagen, Denmark. Photo by Thomas Graning/UM Communications

Rebekah Smith, chair and professor of psychology, is among just eight invited speakers from Denmark, France, Germany, the United Kingdom and the United States.

Prospective memory, also called delayed intentions, is the main focus of Smith’s research. Examples of prospective memory tasks include remembering to take medicine, turn off the stove or make a phone call.

“When we hear the word memory, we usually think of recalling information from the past,” said Smith, who joined the UM faculty in 2016. “Another important function of memory is more forward-looking and underlies our ability to remember to perform an intended action in the future.”

The June 15-17 workshop titled “Mechanisms of Intentions,” is part of the Intention, Selection and Agency Project funded by the Danish government and led by Thor Grünbaum, an associate professor in the Department of Media, Cognition and Community at the University of Copenhagen.

“I am honored by the invitation to participate in such an exciting, new approach to studying delayed intentions,” Smith said. “I’m looking forward to a wonderful opportunity to share ideas with leading researchers in philosophy, psychology and neuroscience.”

The goal of the interdisciplinary workshop and overall project is to further understanding of how humans remember to perform actions while also discussing issues of agency, control and the debate over free will.

“Professor Smith is doing research that raises profound questions about the nature of human consciousness and that will be of interest to researchers in many different disciplines,” Skultety said.